Chief Justice of the Supreme Court Ts. Zorig congratulated the employees who were awarded the State Supreme Medal of Excellence and noted that they performed their duty with in dignity.
S.Baasantseren, who awarded the "altan gadas", expressed his appreciation for the awardees and blessed them with all the happiness and goodness. Also, officier of Information Technology at the Supreme Court of Mongolia, E.Bayarbaatar, Senior Officer of Computer Hardware Assistance, J. Erdene were awarded "leading Officer of Information and Communication" by the Director of Communication and Information Technology Department. 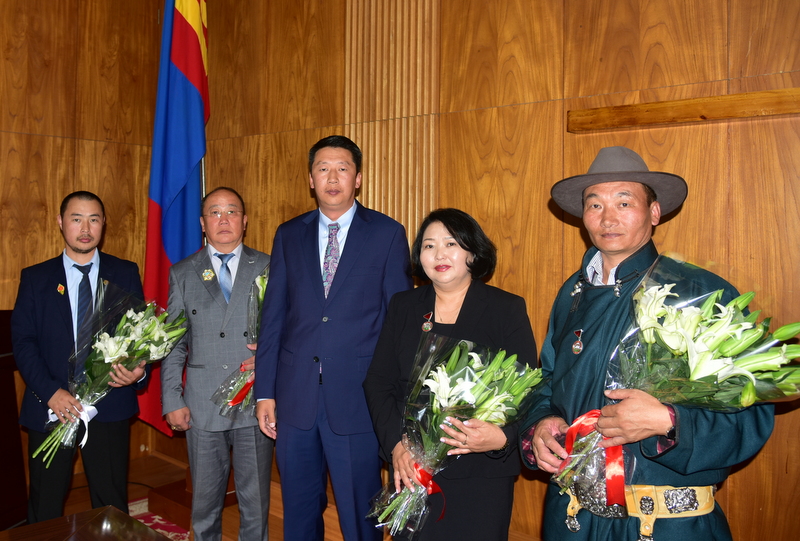