The annual football tournament held amongst the courts around Ulaanbaatar city were successfully held on the 16th of September, 2017 in the green square of Baganuur district. A total of 10 court are participated in the cup, team of the Supreme Court team headed by A.Erdenet and won gold medal and championship trophy. Also, Baganuur District Court team headed by N.Gan-Erdene has won a silver medal and a bronze medal is awarded by team of the Administrative Court in Ulaanbaatar headed by G.Bulgan. 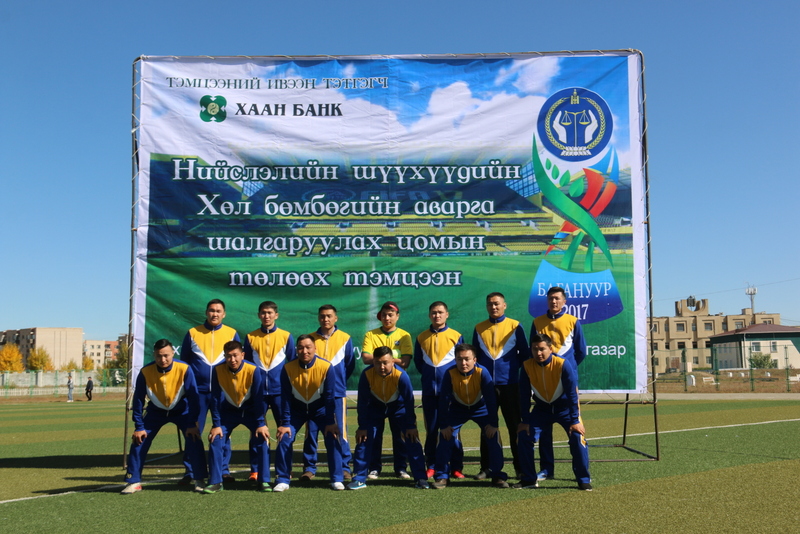 The Supreme Court, will organize next year's traditional competition who won the tournament.