Presiding Justice Mr.Batsuuri and acting head of foreign relation Mr.D.Tulga are participated Silk Road (Dunhuang) International Forum on Judicial Cooperation organized the Supreme People’s Court of the People’s Republic of China in frame work of the development of the Belt and Road Initiative proposed by China, on September 25-27, 2017.

On the first day of the forum, on September 25, 2017, Presiding Justice Mr.Batsuuri was met with Mr. Shen Deyong Executive vice-president of the Supreme People's Court.

Mr. Shen Deyong promotes the warm greetings of the Chief Justice of the People's Supreme Court of China and added that the court cooperation between our two countries has been a long-standing historical relationship. According to a MOU between the Supreme Court of Mongolia and the Supreme People's Court of the People's Republic of China, the training for Mongolia judges is traditionally held annually, and noted that cooperation between 2 courts has been mutual friendly relations and it also includes the exchange of mutual information and experience has been broadly implemented.

Presiding Justice Mr.Batsuuri, thanked and noted that the forum and its topic is a timely even which the organizers success.

On the second day of the forum, on September 26, 2017, Presiding Justice Mr.Batsuuri made a speech on the topic of "Coordination on Transboundary commercial disputes in Mongolia".

The forum was attended by more than 70 representatives from 16 countries, includes the Chief Justice of the Supreme People's Court of China, judges and relevant officials. 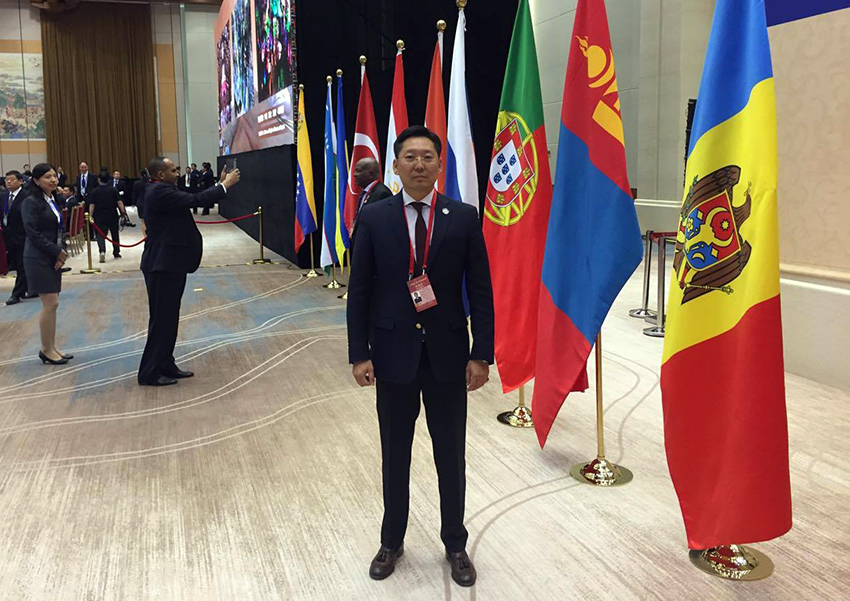