Mr. John Knox aim to visit Mongolia is the progress and getting acquainted with its commitments under international conventions and conventions and human rights situation in Mongolia, in particular, to protect human rights in a safe, clean, healthy and sustainable environment John Knox’s mandate was renewed for another three years in 2015 as Special Rapporteur and he is also the Henry C. Lauerman Professor of International Law at Wake Forest University, in North Carolina, where he teaches and writes on human rights law, environmental law, and their relationship with one another.

At the beginning of the meeting, Kh.Batsuren expressed his gratitude to the United Nations Special Rapporteur and honored university teacher and briefly introduced him the judicial system of Mongolia, the Supreme Court and the Administrative specialized courts.

Mr. John Knox, interested about court decision are pursuant to Article 1 of the Constitution of Mongolia which entitled "to the right to live in safe environment", and does the claims made on behalf of public interest, the openness of the court decision and case about the mining companies have filing a complaint to court against a citizen who gave them information against them.

Justice Kh.Batsuren, replied that newly adopted General Administration of Law has provided a non-governmental organization could make claim from behalf go public interests, Before this law, when there is no such regulation, the court decided that certain environmental issues were can be represented by locals because their interests has conducted. Furthermore, he added the decisions of the Administrative Specialized Court, since its launch on 2004, all the decisions are available on www.shuukh.mn and it can see fundaments of each judgment also he informed that judges are keen to on write the judgment with ground fundamentals. 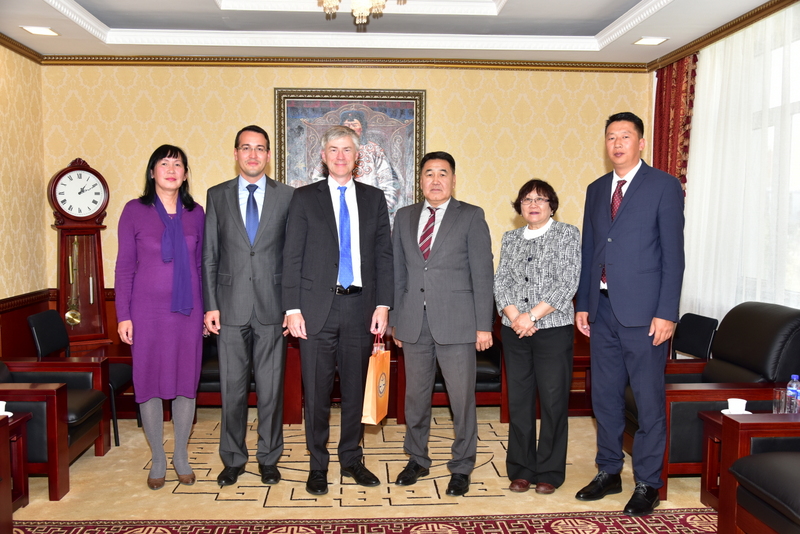