Meeting with Professor of the Federal Republic of Germany

During the meeting, the Justice Mr. B. Battseren provided a brief overview of the Supreme Court and the Criminal Law of Mongolia and the newly revised Criminal Law.

In addionan Dr Erik Hilgendorf worked as a professor of criminal law at the University of Konstanz from 1997 to 2001 and served there as Dean from 1999-2001. Since 2001 he has taught at the Julius-Maximillian University of Wurzburg and was given the Chair of the Department of
Criminal Law, Criminal Justice, Legal Theory, Information and Computer ScienceLaw. He served as Dean of the Law Faculty from October 2010 to September 2012 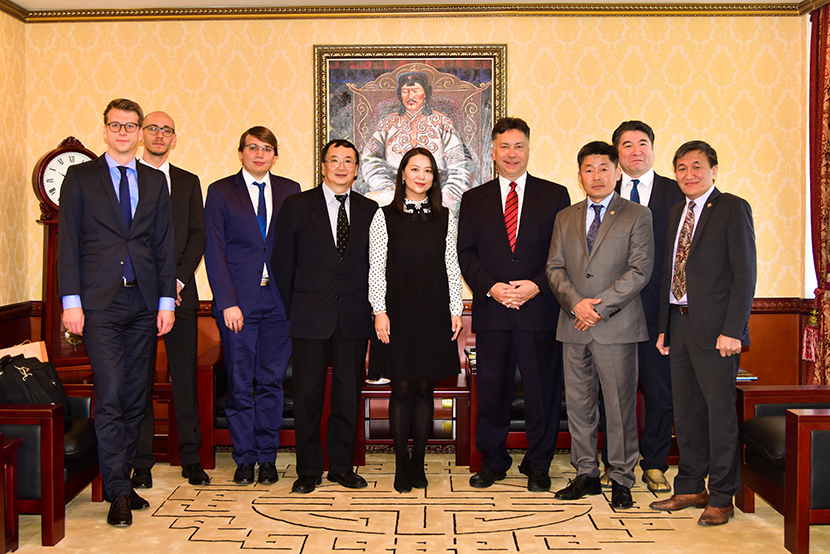