Justice of the Supreme Court of chamber for administrative cases M.Batsuuri, Head of Administration Department J.Naranpurev welcomed the Ambassador to the post of Director of the Office for Democratic Institutions and Human Rights at the Organization for Security and Cooperation in Europe Mrs.Audrey Francis Glover and Legal Expert Mrs. Marla Morry on Jun21, 2016.

OSCE Election Observation visits member countries to observe the democratic elections that meets the basic standards. The OSCE will work on Mongolia’s Parliament election and its fairness, transparency and that election process carried out accordingly to the Mongolian legislation. 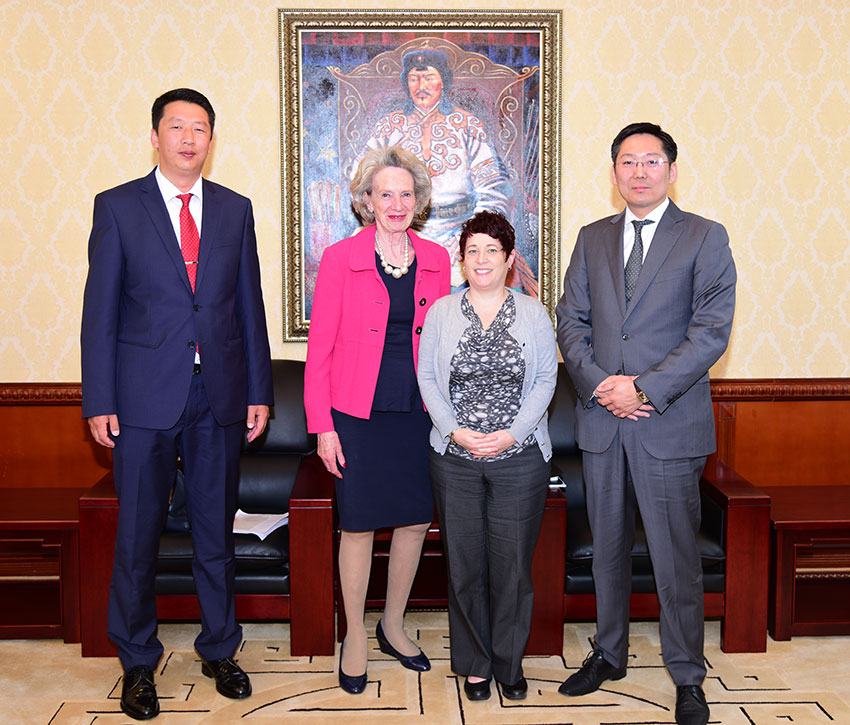