The President of Mongolia’s decree number 183, date 28th of December 2016, Justices of Supreme Court G.Banzragch, and B.Munkhtuya’s acceptance reception held at Supreme Court. During the reception President’s legal advisor Mr. Ch.Unurbayar delivered the decree. The Chief Justice of Supreme Court Ts.Zorig congratulated to those appointed. The Presidential decree of Justice of Supreme Court oath ceremony held at Supreme Court on January 02, 2016. During the ceremony Presiding Justice of the Chamber of Administrative Cases M.Batsuuri “Our chamber is happy to receive Justices G.Banzragch and B.Munkhtuya and to work and cooperate in the future. Justice B.Munkhtuya has many years of skills and experiences as the Chief Justice of Appellate Court of Administration. Justice G.Banzragch graduated as professor doctorate in Germany, also worked on the enacted laws as the part of the project and has wide knowledge of theory. Therefore, much grateful to start working with two Justices who has much guided skills of theory and practice. The candidates were the perfect choices.” 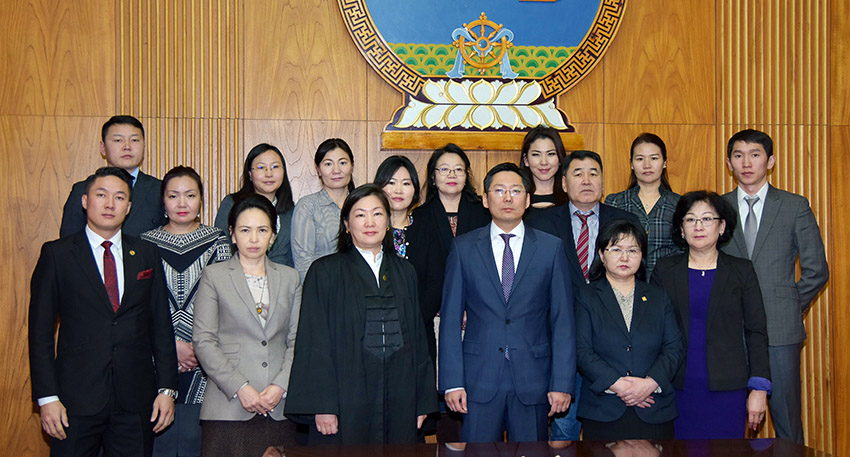