Discussion and meeting titled “Court process and judicial practice" organized by the Supreme Court regular held on February 3-4, 2016. During this event Justices of the Supreme Court of Mongolia has meet with Chief Judges of all levels of the court and discussed as well as  exchanged their views over proceedings of criminal, civil and administrative dispute and  concept and concerning issues on newly adopted laws as well as gave guideline and appropriative use of curtain disputes. 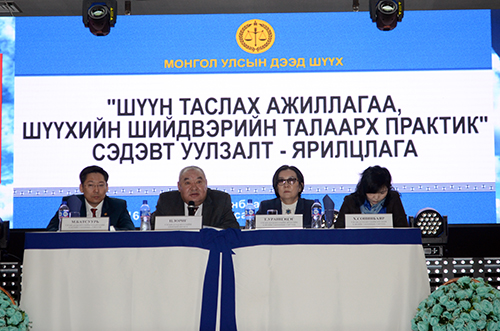 In addition, at the meeting and discussion, judges are reviews issues and failures as well as volitions concerning court process, in year 2015 and highlighted many important topics such as concept of law on Administrative General law, Court Practice related to Agreement law, Concerning issue and Court process of Mediation, Criminal Offence related to Official of public sector, Self-Defense, and Judicial practice and implementation of International Convention and many more informant topics. At the meeting over 120 chief judges are participated including Justices of the Supreme court as well as Chef judges of all levels of the court around Mongolia. 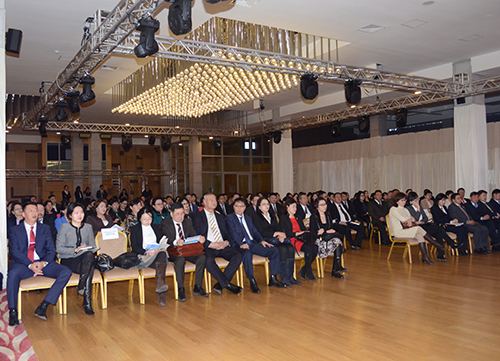 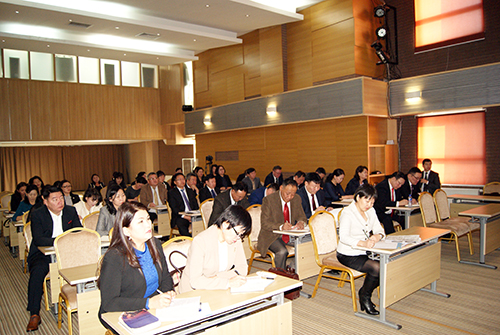 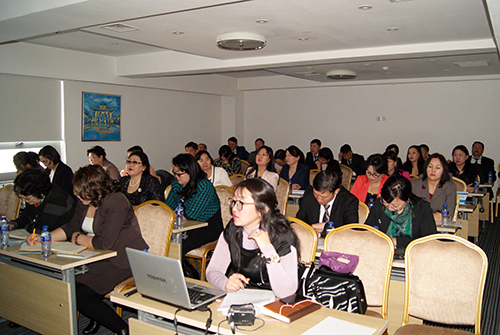