The Supreme Court of Mongolia has successfully held regional meeting seminar for judges, including first and appellative courts, on May 16 to June 16, 2015. 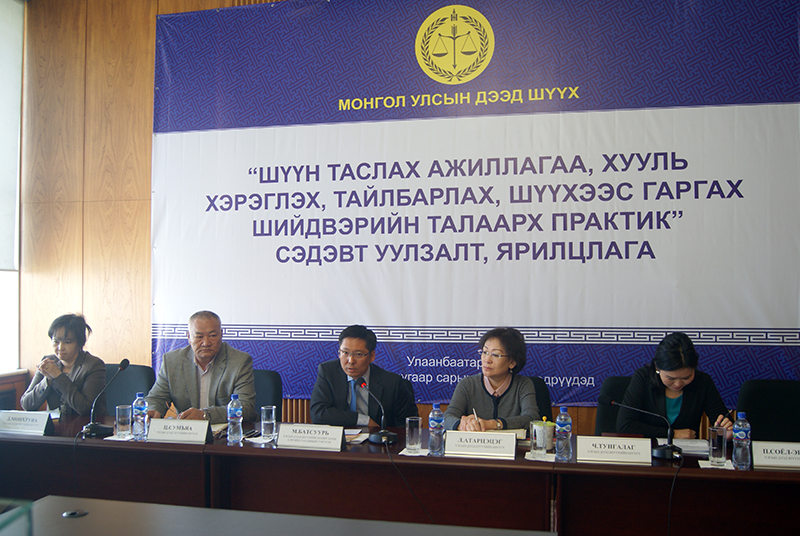 The meeting seminar is held separately into 5 regions such as  east, west, central,  desert and mountainous areas of Mongolia and attended around 470 judges of 78 courts of first and appellative  instance.

This meeting seminar is guided by the Justices of the Supreme Court, discussed implementation of Package Law on Courts, concept of newly drafted laws on court process, Principle and policy of the Supreme Court on litigation process and have exchanged views over  estimated volition and issues in practice

During the event Judges of the first and appellative courts are highly appreciated on this event and expressed that it was very valuable for us to such Justices of the Supreme Court come to rural areas and discussed over judicial practice. At the meeting many judges expressed their views to focus on the legal and social status of judges, accommodation issues of judges as well as holidays and salary. In addition, proposals are made first and appellate court judges, including attention to maintain evidence, establish secretary office for each court and the explain the functions of Takhar service. 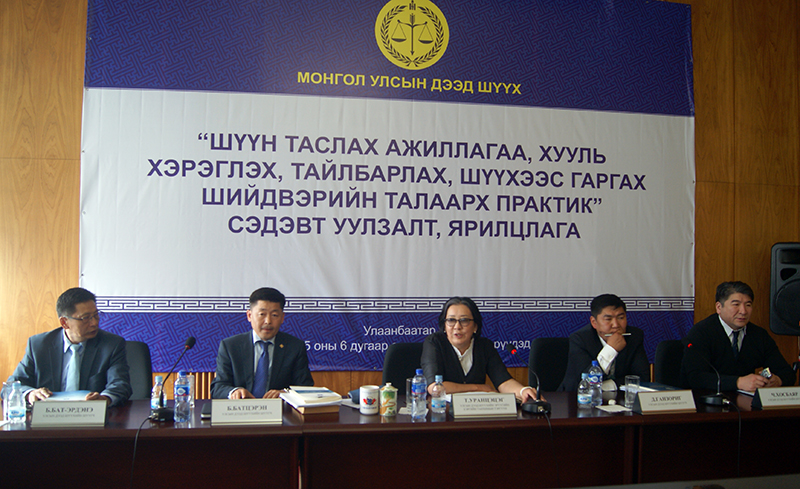 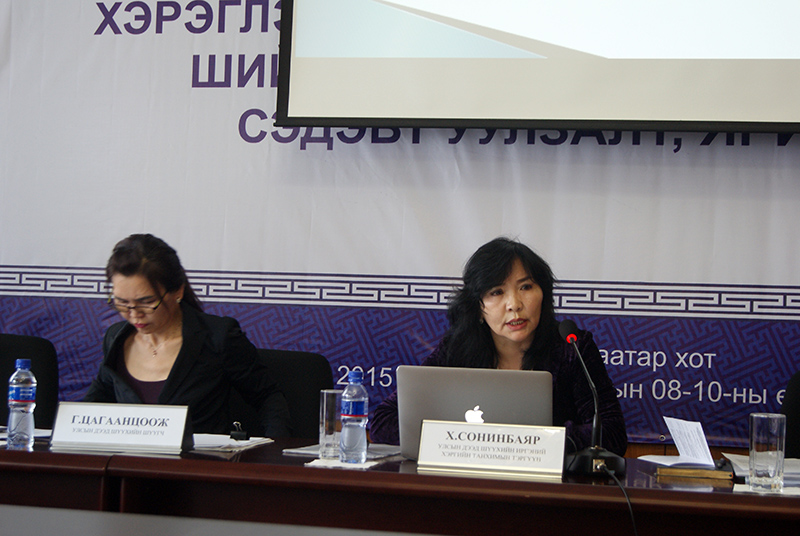