The President of the Mongolia, on December 05, 2014 issued an Order No. 145 to appoint following judges who were officials of the Supreme Court, Mrs.Ts.Sansarmaa as a judge of  2nd District Court of Civil, Mrs. B.Munkhzul 5th as a judge of Administrative court of First instance and Mrs. D.Yanjindulam as a judge of 5th Inter-sum Court. At the same day Congratulate ceremony for newly appointed judges were held at the Supreme Court. During the event Justice Mrs. D.Tungalag said ‘not very lawyers became a judge and it’s a position of high threshold. Becoming a judge requires continues effort and hard   work. Meet colleague’s confidence’ and she wishes to all new judges’ work as a good example to other. And State Honored lawyer S.Nyamjav said ‘all of judges, in all levels of court, who were former Supreme Court officials are became a high skilled judges.

Many of them became a Chief Judge of respective Court. As their example I wish you al,l to do your best’.

Newly appointed Judge Mrs. B.Munkhzul said ‘I would like to say thank you to all my colleagues and Justices who gave us huge advice and example of being a judge and I will do my best’ and she wishes to all her colleagues’ everlasting success. 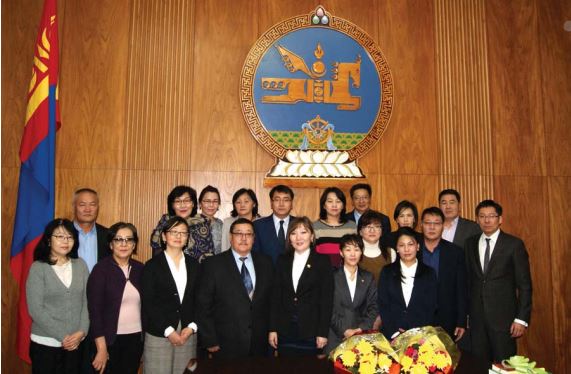