Law on Court Article 10(1) stated the Judicial System of Mongolia follows the basic judicial system shall consist of the Supreme Court, /The court of cassation or review/, aimag and vapital city courts /the court of appeals/, soum or intersoum and district courts /courts of first instance/. 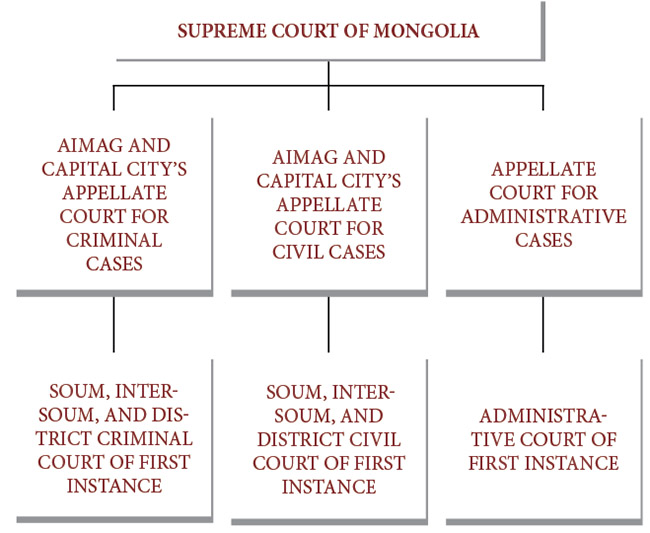 The courts, except the Supreme Court shall stablished to specialize in type of case such as criminal, civil and administrative matters.